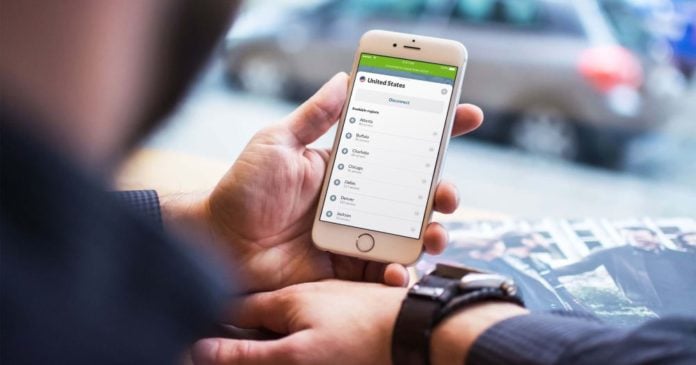 Today we bring you our interview with NordVPN’s digital privacy expert – Daniel Markuson. Those who haven’t heard of NordVPN should know it is one of the biggest VPN providers on the market offering more than 5,000 servers across 59 countries. Here’s what Daniel had to say…

Can you shortly introduce your company? When it was founded and why? Who are the founders?

NordVPN is the world’s leading VPN service provider, trusted by over 12 million internet users. We offer military-grade encryption, a strict no-logs policy, and advanced privacy solutions to ensure secure access to all online resources. Our users can choose from a wide range of more than 5500 servers in 59 countries.

NordVPN was founded in 2012 when four childhood friends came together to build technology that could liberate the internet. Internet censorship, online content control, and intrusive government surveillance led to a search for a solution to overcome all the restrictions.

What makes you different than competing VPN services?

NordVPN maintains a strict no-logs policy, which means we do not collect or retain any logs of the activity of our users. Our no-logging claims were confirmed by an industry-first audit performed by one of the Big 4 auditing firms — PricewaterhouseCoopers AG, Switzerland.

We are doing everything to make sure that our clients are as secure as possible. Last year, we completed our app security audit and partnered with a leading US cybersecurity consulting firm VerSprite.

NordVPN is so confident in its product that it became the first and so far the only VPN service provider to launch a public bug bounty program where ethical hackers are invited to probe our service.

Our latest achievement is NordLynx — the most significant technological improvement ever introduced to our customers, and a VPN industry. It is a next-generation VPN protocol based on WireGuard that makes NordVPN the fastest VPN in the world.

What do you see as the main trends for the VPN industry?

The main trend for the VPN industry is its expansion and growth. When the worldwide pandemic was peaking, our business VPN solution NordVPN Teams saw a 165% usage spike and almost a 600% increase in sales overall. It can be related to companies worldwide encouraging their employees to work from home. We expect this trend to continue as we are getting vast amounts of requests for a business VPN.

Also, there’s a growing trend of installing VPNs into routers to protect all devices connected to a network. This is related to the increasing need to protect IoT devices which are usually lacking security implementations of their own.

Talking about VPN service providers, more and more companies have been undergoing security audits which help improve the quality of their services. Therefore, to enter the stiff competition among the leaders of the VPN industry, smaller brands will have to try harder to earn new users.

What about challenges? Which do you see coming down the road?

In some countries, the authorities have been taking measures to ban or block VPN service providers. For example, last year, the Russian government issued an ultimatum to 10 VPN brands, including NordVPN, to either comply with the local internet restrictions to continue operating or get blocked. Unfortunately, Russia isn’t the only country wishing to curb the usage of VPNs.

Where do you see the VPN industry in the next 5 years?

The VPN market has grown exponentially over the past 10 years, as consumers and businesses increasingly seek to protect their data and secure their privacy. VPNs have already become a tool used not only by geeks and tech-savvy people but more often by regular household users. One of the main reasons for this is that in recent years cyber attacks seem to be getting increasingly dangerous, and internet freedom has been on a decline for quite some time now. As more hacks, exploits, identity theft, and censorship occurs, the more awareness VPNs will receive.

What are your company’s plans for the future? (those you can reveal)

Our R&D team constantly focuses on new technologies that could bring online privacy and security to the next level.

NordVPN is gradually switching to diskless RAM servers. Now, approximately half of our infrastructure has been moved to the diskless setup and, if everything goes as expected, the transition should be completed within 6 months.

We are currently working on a solution that will be able to detect malware before it lands on the device and block a range of third-party trackers and cookies. We are also planning to implement a new traffic obfuscation technique and many more exciting things which are a bit too early to talk about.