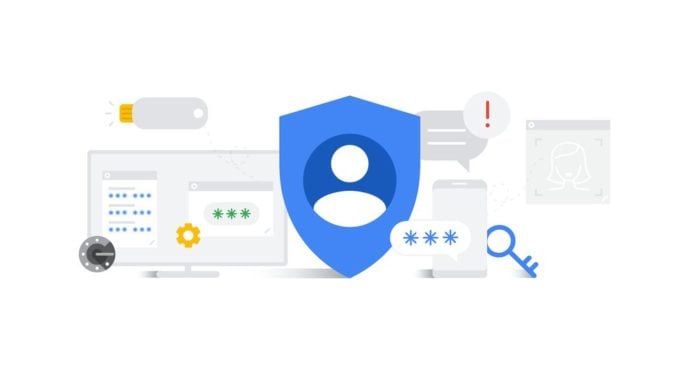 We can’t avoid passwords on the Internet and that’s ok. Simply put, we have to use them in order to protect our sensitive data, such as our banking accounts, emails, calendars and more.

However, it is not always easy to manage a set of strong passwords and therefore many folks, myself included, are turning to password managers.

Now Google, which already operates a password manager of its own, wants to make life easier for all of us. Actually, not all as some of us don’t trust the search giant to hold our sensitive data. Nevertheless, since it is a very important player on today’s internet, we have to give Google some space on VPNreports.

Having a second form of authentication dramatically decreases an attacker’s chance of gaining access to an account. In that sense, Google has been at the forefront of innovation in two-step verification (2SV), which combines “something you know” (like a password) and “something you have” (like your phone or a security key).

Now, the search giant is making 2SV seamless for its users with a Google prompt, which requires a simple tap on a mobile device to prove it’s really you trying to sign in. And, here’s the news, the company has started to automatically configure users’ accounts into this more secure state.

By the end of 2021, Google plans to auto-enroll an additional 150 million Google users in 2SV and require 2 million YouTube creators to turn it on.

This process will start with users whose accounts have the proper backup mechanisms in place to make a seamless transition to 2SV. To make sure your account has the right settings in place, take the Security Checkup. It’s a quick assessment that doesn’t take long to complete but could be crucial for your security. So yes, we urge you to do it.

Making for a better login experience on iOS

Auto-enrolling of people to 2SV is not the only security-related news Google had to share.

They said that Google’s Password Manager — which comes built-in with Chrome, Android and the Google App — is also coming to iOS-based devices such as the iPhone and iPad.

Like any other password manager, Google’s product also makes it easier to create and use strong and unique passwords on all your devices, without the need to remember or repeat each one.

Right now, this capability on iOS is limited to the Chrome browser, but will soon be available across the board — working in the similar fashion as it works on Android.

Also there is the new feature in the Google app that allows users to access all of the passwords they’ve saved in Google Password Manager right from the Google app menu. These enhancements are designed to “make your password experience easier and safer — not just on Google, but across the web.”

Additionally, Google reminded us about its recently launched One Tap and a new family of Identity APIs called Google Identity Services, which uses secure tokens — rather than passwords — to sign users into partner websites and apps like Reddit and Pinterest. With the new Google Identity Services, Google’s advanced security is combined with easy sign in to deliver a convenient experience that also keeps users safe.

Finally, Google also mentioned security keys, which present another form of authentication that requires users to tap their key during suspicious sign-in attempts. According to the search giant, security keys provide the highest degree of sign-in security possible. In that sense, they decided to partner with (yet to be announced) organizations to provide free security keys to over 10,000 high risk users this year.

These security keys, in case you didn’t know, come built-in right into Android phones and the Google Smart Lock app on Apple devices. Today, over two billion devices around the world automatically support the strongest, most convenient 2SV technology available.

We like when everyone, including a tech giant like Google, makes major security strides. We still don’t like them that much as they keep following every move we make online. And in that sense, we advise everyone to use a VPN and an independent password manager. For the former, check out our list of the Best of the Best VPNs and for the latter, there’s NordPass – which comes from the same folks who built NordVPN. With these two apps in your arsenal, you will sleep much better. At least, that’s how they work for me. 😉