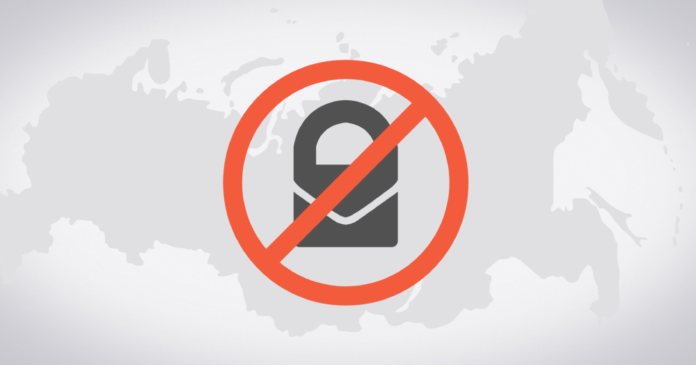 The Russian government has blocked access to Proton Technologies’ ProtonVPN and ProtonMail services for failing to comply with local laws.

In a press release, Russia’s telecommunications watchdog Roskomnadzor justified the decision saying that the services have been used by cybercriminals.

“This email service [ProtonMail] was used by cybercriminals both in 2019 and especially actively in January 2020 to send false messages about the massive mining of objects in the Russian Federation under the guise of reliable information,” the press release reads. “The company responded with a categorical refusal to Roskomnadzor’s repeated requests for information to be included in the register of information dissemination organizers on the Internet. Information about the administrators of the mailboxes used to send threats has not been provided.”

In its own blog post, Proton reveals that the block was put in place because bomb threats have been sent to numerous Russian cities via ProtonMail. The company adds — and we agree — that blocking access to ProtonMail is an ineffective and inappropriate response to the reported threats, as any such move will not prevent cybercriminals from sending threats with another email service and will not be effective if the perpetrators are located outside of Russia. However, the block does deny law-abiding citizens of Russia access to secure email and privacy. That’s why Proton condemns this block as a misguided measure that only serves to harm ordinary people.

The move comes on the heels of the last year’s law which requires all VPN providers to sign up for the government system that helps facilitate the sharing of information between the companies and its security services. Proton Technologies, along with many other VPN providers, refused to comply with state authorities and this recent block could be a part of Russia’s answer to the wider VPN industry.

How to get around the Proton blockade

Proton Technologies didn’t just sit idle and after receiving reports of the blockade, it has started reaching out to the appropriate authorities to get the block lifted as soon as possible. The company added that the new situation affects ProtonMail and ProtonVPN users who were not logged in before the block was implemented.

After some time though, ProtonMail was accessible for some users, but it may not be available all across Russia. For those who’re still struggling to get their encrypted email — or have problems using ProtonVPN — Proton suggests the TOR network (accessible via the TOR Browser) for accessing its services.

The question, however, is what will Roskomnadzor do next? Will it go for other VPNs as well? They certainly have the talent and technology to create a local equivalent of the Great Firewall of China, but it is the right way forward for Russia and its citizens? We don’t think so. And we send our full support to Proton Technologies. Keep up the good work!