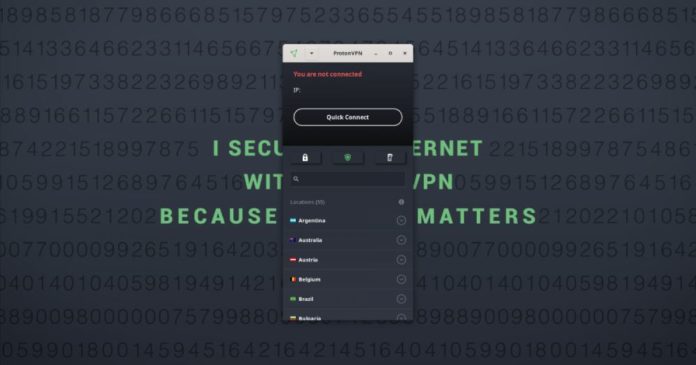 ProtonVPN has recently launched a revamped version of its Linux app. Featuring an “elegant and fully featured graphical user interface,” it makes ProtonVPN the only VPN service to offer such an app for Linux.

All ProtonVPN’s apps are open source, and the company has long maintained key open source projects such OpenPGPjs and GopenPGP. Linux is also the operating system of choice for many Proton team members.

And as Linux users, folks from ProtonVPN are aware that Linux support is often viewed as an afterthought by most VPN services. In fact, most Linux VPN apps typically fall far short of the features available to users of other platforms (when they exist at all).

In contrast, ProtonVPN has supported its Linux users with a command-line Linux tool (CLI) that was developed together with the open source community. This proved to be popular and has been included in Linux repositories — including Debian, Fedora, and Arch. The new app with a fancy graphical user interface (GUI) is meant to replace the CLI with something that is more full-featured.

It was in development for over a year, and now it’s ready for prime time — offering all the advanced features you would expect from a modern desktop VPN app. Among those features are:

The ProtonVPN Linux app is available to all ProtonVPN users, although a paid plan is required to access some advanced features.

For those who prefer to work in Terminal, there is also a brand new ProtonVPN CLI; it offers the complete range of features available in the new Linux app and replaces the ProtonVPN Community CLI, which is no longer supported.

Finally, if you would like to look into the code of the new app, you can do that from here. There’s an option to open issues or even submit code improvements.

Like the rest of our apps, the new ProtonVPN Linux app has also undergone security audits.