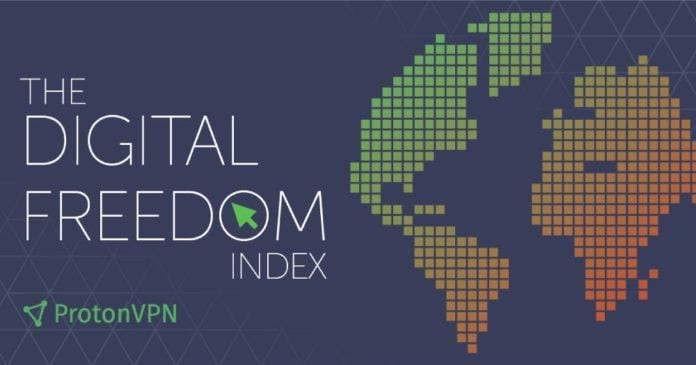 Digital freedom is something that many people, especially in the West, take for granted, but, unfortunately, online liberty doesn’t exist for everyone. For instance, the fact that you can even use a VPN, access social media, or even read freely and fairly reported news in the media is entirely dependent on the country you live in. This leads to a fractured world where the level of digital freedom can vary wildly from country to country.

To demonstrate how government decisions can impact people’s ability to access the Internet, ProtonVPN created the Digital Freedom Index — using publicly available data from Reporters Without Borders (RSF) and Freedom House. The results come in the form of a report that shows which countries have the most media freedom and which impose the most restrictions on their internet usage.

Additionally, Proton analyzed how free people in a given country are to access networks, websites, and online tools — such as VPNs and social media.

The VPN analyzed the following seven categories to create the Digital Freedom Index: 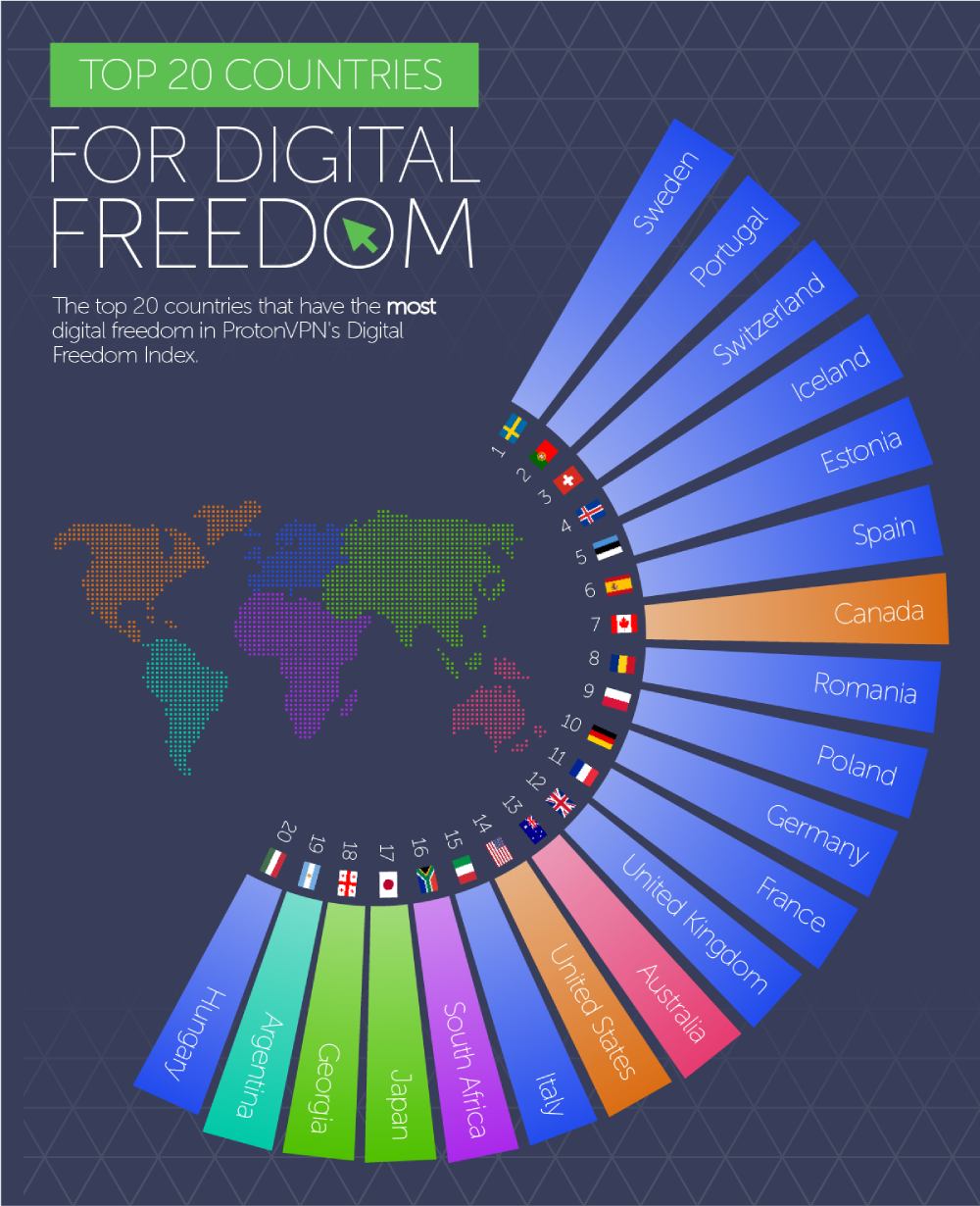 As you can see from the image above, Sweden enjoys the most digital freedom of all the countries analyzed, with high scores across all seven of the categories.

The United Kingdom and United States are notably not in the top 10 and are holding 12th and 14th positions, respectively. Their overall scores were mainly affected by their lower than average violation of user rights scores. This category reflects the balance between legal protections and restrictions on free expression, surveillance and privacy, and the legal and extralegal repercussions for online speech and activities (such as imprisonment, extralegal harassment and physical attacks, or cyberattacks).

China, Cuba, and Russia took the bottom spots of the index, with all three countries having tight regulations and restrictions around media freedom, VPNs, and social media.

On the other hand, countries with high media freedom scores are places where journalists can report freely on matters of public interest, an essential part of any democracy. The list includes many EU nations, including Sweden, Germany, and Portugal — which top the list for media freedoms.

Sweden received the highest score for media freedom from RSF, which doesn’t surprise considering that Sweden was the first country in the world to pass a press freedom law in 1776. In case you wonder, this law still stands today. 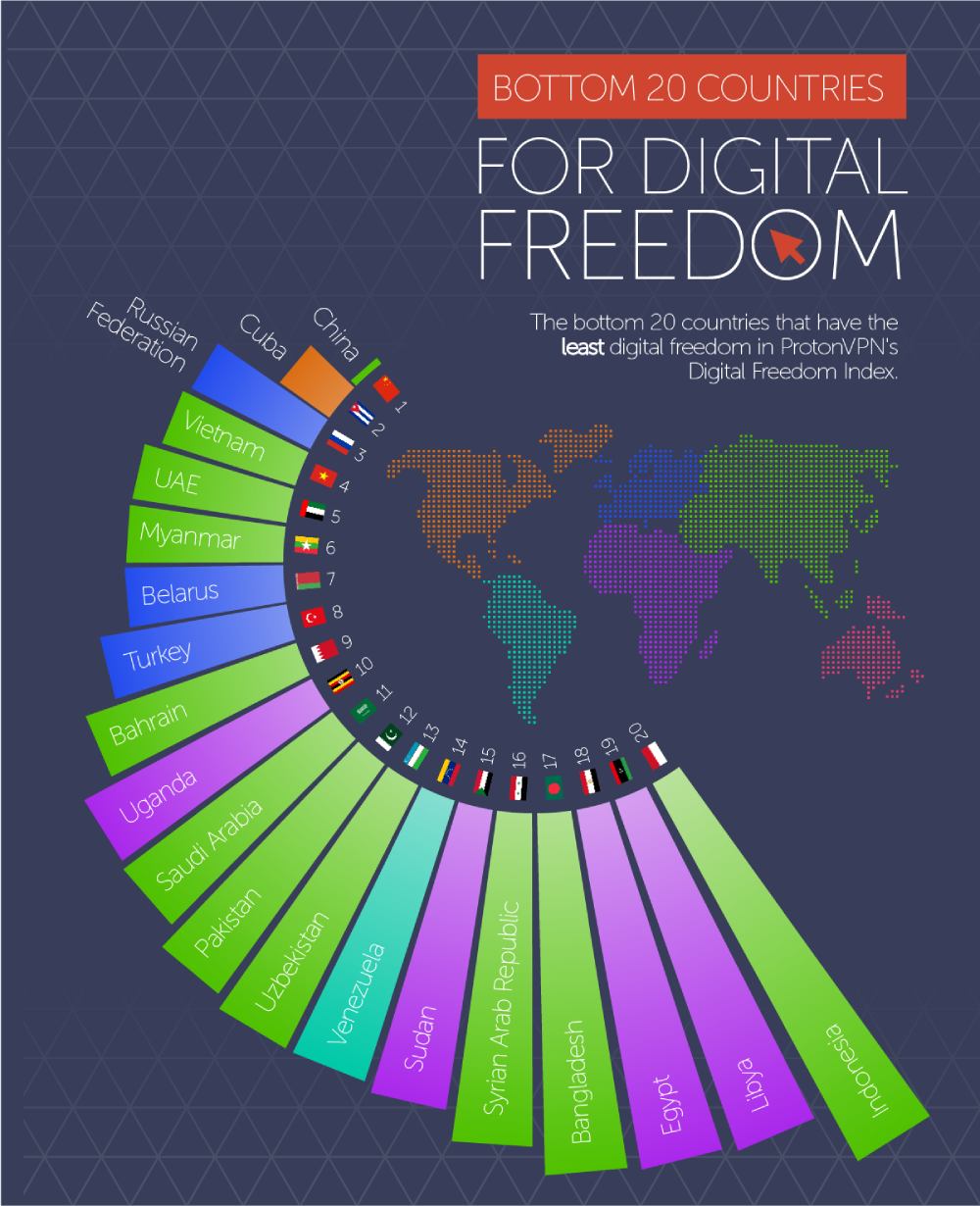 Myanmar, Ethiopia, and Cuba rank as the worst countries for internet accessibility; while Iceland, Estonia, and Canada scored highly in this category as the vast majority of their populations have internet access, do not face obstacles using social media sites, and rarely encounter unaffordable paywalls or restrictions.

In sharp contrast, even now Cubans must obtain a permit to access the country’s internet, which is reportedly expensive and unreliable. In Myanmar, the military has ordered an internet shutdown, meaning most people have no access at all.

When it comes to legality of VPNs, they are banned in over 10% of countries, including Belarus, Turkey, and the UAE. In Belarus, people can’t use any internet anonymizers, including proxies and Tor.

It is also interesting to look at the UAE, where the use of VPNs is not illegal in all circumstances, but if you use one to access a site that is blocked or banned in the country – you can still face a hefty fine.

Of the 70 countries in the study, only three currently have a blanket ban on social media: China, Myanmar, and Cuba. In China, for example, the government restricts access to large portions of the internet and closely monitors its citizens’ online activity. It is also willing to impose harsh jail sentences on anyone who violates the law or accesses restricted content. Digital access in these countries is much more restricted than it is in the majority of countries worldwide.

People in these countries are “fighting back” with the help of VPNs and other tools such as Ultrasurf, Psiphon, and Freegate — or even inserting new IP addresses to host files.

Just under 60% of the countries in the study have “full” social media freedom (e.g., little to no restrictions on freedom of speech and content), including most European countries, Australia, and the US.

At the end, Proton share its full Digital Freedom Index visualized in a heat map depicting which countries have the most and least digital freedom: 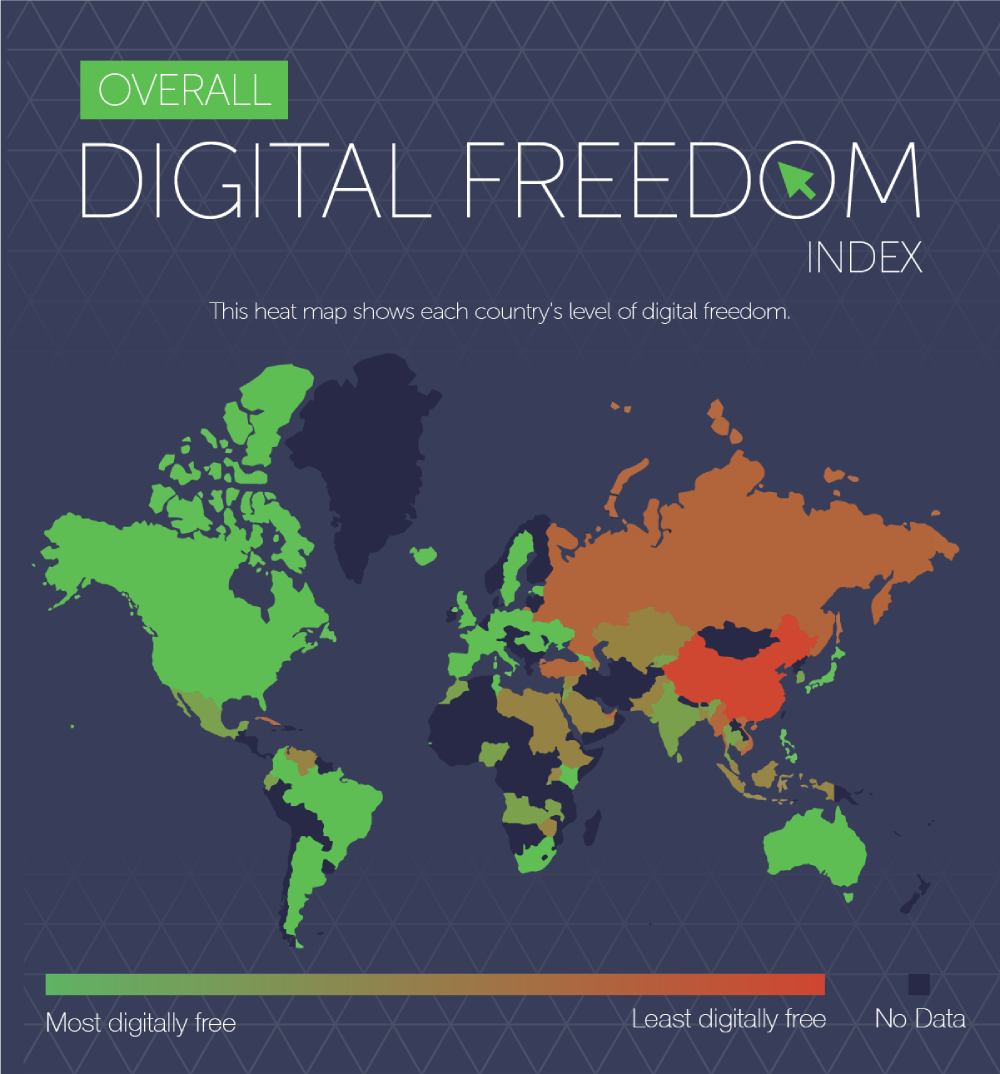