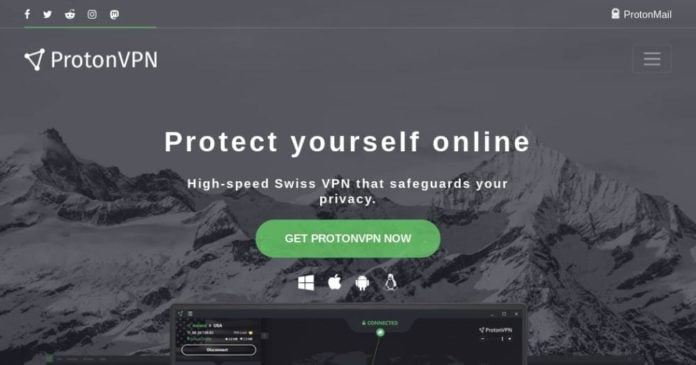 You may have heard of Proton VPN, which also happens to offer a secure email service (ProtonMail). Well, that service has a free tier which isn’t bad (for a price) and which we suggest anyone try, before eventually upgrading to the company’s premium offering.

What does the Proton VPN Free plan include?

For some situations, this could be enough. For those looking for more, including faster connection speeds and access to more servers – there are paid plans.

Proton VPN has a rather complicated tier system that includes Basic, Plus and Visionary plans.

The Basic plan costs 4 EUR per month, and provides access to 350+ servers in 40+ countries. Users get “high speed,” P2P/BitTorrent support, an ad blocker (NetShield), and support for 2 simultaneous connections.

Then comes the Plus plan, which has a price tag of 8 EUR per month and includes access to 1200+ servers in 55 countries and support for 10 simultaneous connections. Everything else from the Basic plan is here plus “highest speed” (up to 10 Gbps) and (better) support for streaming services, Secure Core VPN and Tor over VPN.

Finally, we have the most expensive Visionary plan that goes for 24 EUR per month. All benefits from the Plus plan are included along with a ProtonMail Visionary account.

For all plans, including the free tier, Proton VPN guarantees strict no-logs policy.

So which plan works for you best?

For what it matters, we suggest the Plus plan, but it’s your money…