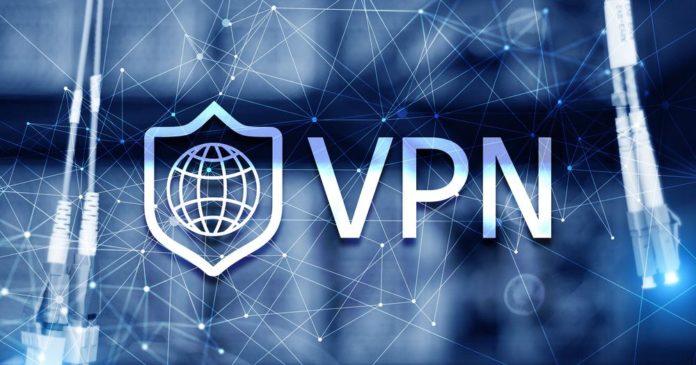 In our back-to-basics series, we want to explain VPN’s foundational terms and show the users how VPN works.

Our question du jour is “what is a VPN connection.” We’ll start by explaining what VPN is all about and from there, you will get an idea about the “connection” part.

As you may have already heard before, a VPN stands for Virtual Private Network and it is a technology that extends a private network across a public network to enable users to send and receive data across public networks as if their devices were directly connected to the private network. All this happens under the hood, with users not even knowing they’re connected to a VPN – all they have to do is press or tap the “connect” button after which they’re good to go.

A VPN was originally invented to allow users to connect to their home or office network while they’re on a different location and then appear like they are connected to a local network.

VPNs use special protocols to encrypt all communication between your device(s) and the rest of the world, ensuring that no one can snoop into your data as it passes through the network.

To put it differently, a VPN establishes a virtual point-to-point connection using tunneling protocols over existing networks. And that’s a VPN connection!

There is also a double VPN, using which internet traffic passes through two VPN servers instead of just one. This means that all traffic is encrypted twice, making for an even more secure connection. Then again, even a single VPN could use the unbreakable 256-bit cipher. Different services have a different name for double VPN, with some calling it double-hop, multi-hop, cascading, nested, or chained VPN.

Generally speaking, here’s how a VPN connection protects users on the Internet:

With its ability to encrypt data coming to and from your devices and the rest of the Internet, a VPN makes sure that even if your data is intercepted — the savvy hacker wouldn’t be able to do anything with it.

In a different scenario, a VPN protects your privacy by hiding your web browsing from the likes of Google and Facebook — both of which are notorious for keeping track of every move we make online. And there is no good reason to let them do that.

Remember the Facebook-Cambridge Analytica scandal? No need to repeat that again.

Like that’s not enough, we also have various government agencies looking to build our digital profiles by analyzing what we do online. And again, a VPN will protect you here as well.

While it is common sense to avoid using public Wi-Fi networks, sometimes that is not an option. When you have to use public Wi-Fi, you better have a VPN running on (all) your devices to stay safe from malicious actors trying to snoop into your traffic.

In case you haven’t heard, the number of these so-called “man in the middle” attacks has been growing in recent years – so you better have the proper protection. And by that, we mean a VPN.

Keeping users safe on the Internet is a good enough reason to get a VPN, but there are also other benefits you’ll get as part of the deal.

For instance, you can use a VPN for accessing video streaming services that could otherwise be inaccessible to you. This is especially important when visiting other countries where a service like Netflix could block you from accessing your own account. That’s just the way these services work – they have content rights to deal with.

With a VPN – you will be able to trick Netflix’s servers into “thinking” that you’re in the U.S. (or wherever), while in reality – you could be on the opposite side of the planet.

A different use case for VPNs is to bypass various restrictions that could be imposed in schools and universities, workplaces, and of course – high-censorship countries. Again, with a VPN, you get to select the (server) location and roam the Internet like it’s nobody’s business.

We think everyone should use a VPN these days, and the easiest way to get started is to visit our page with Best of the Best VPNs. We tested a few dozen different services and out of that bunch, we selected those that are worth your time. And money. So, check out that page and thank us later.